The Accident Waiting To Happen 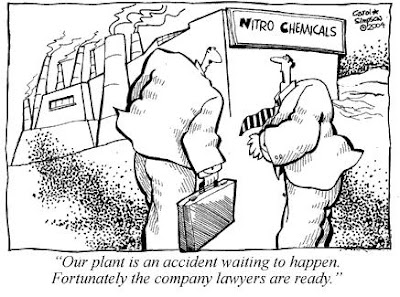 It should come as no surprise whatsoever to learn that the government was warned, nearly 4 years ago, that the "Datagate" fiasco at HMRC was an accident waiting to happen.

Auditors warned the government in March 2004 about a series of potential dangers in the way that HMRC staff used a database containing 25 million child benefit records.

Specifically the auditors warned that the system was open to fraud.

Did the government or HMRC do anything to address the issues raised by the auditors?

HMRC and the government, because of their negligence and incompetence, have jeopardised the personal security of 25 million people for the next 20 years.

The 25 million people affected should sue the government and HMRC, via a class action, for negligence and incompetence.

Despite "Datagate", it seems that the governement still hasn't learnt its lessons from this fiasco:

The government, and its organs of state, cannot be trusted with the private details of its citizens.

The only way to make this government take security of personal data seriously is to make a class action against it, using the HMRC case.
www.hmrcisshite.com is brought to you by www.kenfrost.com "The Living Brand"
Posted by Ken Frost at 10:44