There's Irony For You 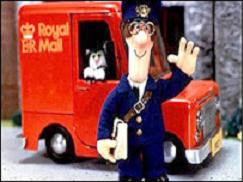 It is reported that TNT have been awarded a £4.5M mail contract by HMRC, the largest one awarded in government for mail and parcels in fact.

Aside from the fact that this is taking work away from the Royal Mail, which in theory is to remain state controlled, the real irony is that TNT was subject to an HMRC investigation that caused it to pay back millions of pounds (estimated by some at around £48M) of unpaid tax after its staff illegally falsified and backdated documents.

Oh, I should also mention that TNT were blamed by HMRC for losing those discs in 2007.