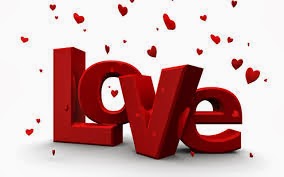 The Association of Revenue and Customs (ARC) has informed HMRC that its members will take strike action on Valentine's Day.

The union represents senior managers and professionals in HMRC, its members are displeased with the new performance management system demanding fixed quotas wherein 10% of staff fall in the bottom rating regardless of their performance.

This is not a new concept, many "successful" private sector companies have used this technique (or variations thereon) eg Enron and Arthur Andersen (the failed accountancy firm that audited Enron). Seemingly the fear of "failure" is meant to be "motivational".


“ARC members have been asked to strike not for money, but in pursuit of some basic principles: reducing bureaucracy so we can do our jobs, a fair performance appraisal, rewarding, not penalising, promotions; and a fair deal for professionals.

Our members are not faceless bureaucrats, but real people striving every day to serve the Government and the public. The work they do builds schools, hospitals, libraries and playgrounds. It’s work that funds the social fabric of the UK and delivers for the nation. They deserve a fair performance system, one which allows them to do their job free from the tangle of bureaucracy.”


“We are determined to improve our service delivery under the wider Civil Service Reform package. Assessing the performance of staff through a fair and reasonable performance appraisal system is a key part of these reforms.

We remain committed to resolving disputes through dialogue and we will do everything possible to ensure services to the public are not affected by industrial action by a small minority of our workforce."

Comments and views are always welcome .