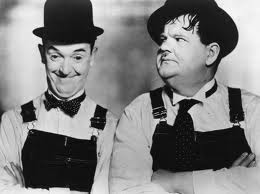 In irony of ironies, it seems that digital tax reforms designed to reduce the number of errors made by self-employed people on their tax returns have failed.

The Telegraph reports that the new system has also turned out to be vastly more expensive than businesses were led to believe.

Since April 2019, when MTD went live..sort of, VAT-registered businesses and self-employed people with a turnover above the £85,000 VAT threshold have been forced to use specialist software when filing their returns to HMRC.
A report by the Association of Taxation Technicians (ATT), has warned that in 70% of cases the digital system has not reduced errors. In some cases, using the new software has increased mistakes. The vast majority of firms have also incurred higher than expected costs.

Both the ATT and the Chartered Institute of Taxation have now jointly called for a comprehensive review into the digital reforms.

The costs of implementing the new digital requirements have also exceeded projections. HMRC stated that the average cost would be £109 for each affected business, but the ATT found that less than 10% of businesses have paid this sum.


“Making Tax Digital for VAT is still in its first year and we completely understand that some businesses and their agents will need time to get used to the new system.

We appreciate that while there are free products available, some businesses will have incurred software and training costs, but Making Tax Digital's enabling of digital records linked to HMRC’s systems will help to free up valuable time.”

See, it's not HMRC's fault!


HMRC Is Shite (www.hmrcisshite.com), also available via the domain www.hmrconline.com, is brought to you by www.kenfrost.com "The Living Brand"
Posted by Ken Frost at 10:56