HMRC's Head In The Clouds 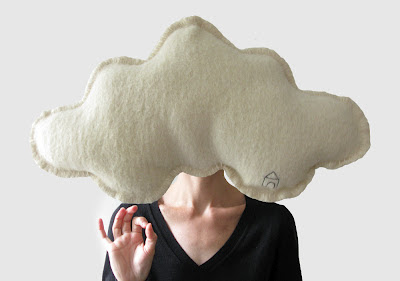 HMRC have announced that it will be moving data currently stored in local offices to G-Cloud Services (a cloud based storage system), between now and Spring 2013.

A somewhat "challenging" timeframe I would have thought!

The contract has been signed with Skyscape Cloud Services.


"The Skyscape Cloud Alliance partners; QinetiQ ,VMware, Cisco, EMC, and Ark Continuity bring together an end to end cloud solution which is Skyscape. This Alliance also provides a collaborative resource which drives innovation and our technical product development programme.....

QinetiQ is a FTSE250 company and one of the top 10 largest UK employers of science and engineering graduates. QinetiQ is at the heart of Skyscape and uses its domain knowledge to provide technical advice to clients in the global aerospace, defence and security markets. QinetiQ’s unique position enables it to be a trusted partner to government organisations, predominantly in the UK and the US, including defence departments, intelligence services and security agencies, where its world leading cyber security capabilities raise awareness of and deliver solutions for hacking and malware."


"In 2007 the National Audit Office conducted an inquiry into the privatisation of Qinetiq to determine whether UK taxpayers got good value for money from the sale. The NAO inquiry looked at the following issues:
In November 2007, the NAO reported that taxpayers could have gained "tens of millions" more and was critical of the incentive scheme given to Qinetiq managers, the 10 most senior of whom gained £107.5m on a total investment of £540,000 in the company's shares. The return of 19,990% on their investment was described as "excessive" by the NAO. The role of Qinetiq's management in negotiating terms with the Carlyle Group, while the private equity company was bidding for the business, was also criticised by the NAO. Carlyle bought a third of the business for £42m which grew in value to £372m in less than four years."

Here is the HMRC press release in full:


"HM Revenue and Customs (HMRC) has become the first Government department to sign a contract for the delivery of G-Cloud Services over the Public Services Network.

The department has signed a contract with Skyscape Cloud Services for centralised data storage in the G-Cloud. Moving to cloud storage will provide cheaper, more secure and greener data storage for HMRC. It will also enable the department to move forward with its deployment of the Government End User Device Strategy, designed to increase the efficiency of the public sector and improve front-line services.

The contract was awarded via the UK Government G-Cloud framework, which enables the rapid sourcing and deployment of secure, low-cost utility services to the UK public sector. This is the first major service contract to be awarded via the G-Cloud by an organisation as large as HMRC.

For HMRC the change will mean moving data currently stored in local offices to cloud storage between Autumn 2012 and early Spring 2013. This will be the first deployment of G-Cloud services over the Public Service Network, established to improve Government communication links and cut costs.

“This change will save over £1 million a year in running costs and will increase reliability and security of HMRC’s internal IT services. The Skyscape contract is a major step for HMRC in moving away from traditional ways of working with large service providers. And it’s a great example of how we’re exploring smarter, more innovative solutions that make life simpler for us and help us provide a better deal for our customers.”

Notes for editors
1. For more about the G-Cloud programme - http://gcloud.civilservice.gov.uk/"

As Barry Murphy, technology partner at PwC, warns in TechWeek:


“Getting the technology in place is just the first leg of the process.  The biggest challenge is the behavioural change that needs to follow.

Too often the failure of new systems is blamed on the technology when more often it’s because people haven’t adapted to them.”

HMRC Is Shite (www.hmrcisshite.com), also available via the domain www.hmrconline.com, is brought to you by www.kenfrost.com "The Living Brand"
Posted by Ken Frost at 12:59