HMRC Has Its Head In The Clouds 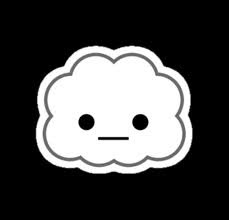 In September 2015 I wrote that HMRC was seeking to recruit a "cloud transformation director":


"HMRC is looking for a cloud transformation director, and will pay up to £162,500 for the right person.

According to HMRC's advert, HMRC had a "vision" (how very messianic of it) for the provision of online, real-time services to be accessible from any device, any time using the latest cloud technology.

Hence HMRC is looking for an IT leader who is "up for the challenge of delivering transformation on a massive scale".

Here we are in July 2016 (older but probably not any wiser) and, "oddly" enough, it seems that HMRC are now seeking a "deputy IT director for cloud services".

Isn't this overkill I hear you cry?

Errrm..... no it's not, for you see dear readers, the more senior role was never filled!

The new position is paying a "mere" £100,000 and the recruit will be responsible for migration onto the HMRC cloud platforms.

I wonder why HMRC thinks that cutting the salary by £63K will somehow ensure that a previously unfilled role will now be filled?

Anyhoo, the successful candidate (if one ever emerges) will report to the director of development, testing and operations and will line manage a team of around 50 staff.

The closing date for the HMRC role is 11 July, further details here.

HMRC Is Shite (www.hmrcisshite.com), also available via the domain www.hmrconline.com, is brought to you by www.kenfrost.com "The Living Brand"
Posted by Ken Frost at 09:29