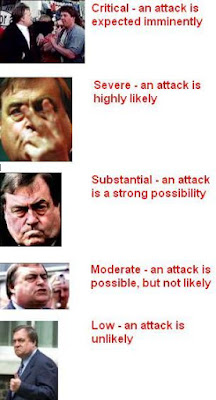 HMRC has now resorted to sending threatening text message warnings to taxpayers. These massages state that they are being “monitored” to ensure they pay on time.

The Telegraph reports that over 13,000 taxpayers, who fill in self-assessment tax returns, have taken part in trials in which they have been sent SMS messages to remind them to pay tax on time. The taxpayers (who had previously been contacted by HMRC about their debt) received three types of message in a trial run by the Government’s ‘nudge’ unit or Behavioural Insights Team.

A report from the team said:


“The ‘Standard’ SMS message simply alerted the recipient to the debt and told them how to pay.

The ‘Monitoring’ message pointed out that HM Revenue and Customs would be monitoring whether the debt was paid in the following week.

The ‘Penalties’ message included the phrase, ‘Most people pay on time to avoid penalties’.”

The group also targeted other late taxpayers with other text messages including one that reminded them of the deadline and saying “you were late last time”.

All very well and cheap to send no doubt. However, many taxpayers are more than a little on edge when they receive communications from HMRC. Whilst a volunteer group may react in a calm and compliant manner, the wider demographic of taxpayers who haven't volunteered for this may not be so docile when the scheme is unleashed nationwide.