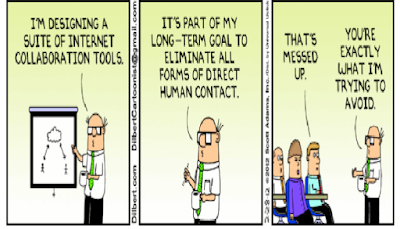 In May 2016 I wrote the following about HMRC's plans to ditch Verify:


"Well now, here's a funny thing it appears that HMRC is pushing ahead with its own plans to build an online authentication portal following the decommissioning of the current Gateway portal in 2018.

This portal will be able to authenticate businesses, something the Government Digital Service's online authentication system Verify cannot do.

What is so "funny" about that I hear you ask?

Well it transpires that HMRC doesn't want the Cabinet Office to know that it's doing that."

In February this year I wrote:


"HMRC has confirmed that it will go it alone and develop its own identity assurance solution to replace Government Gateway when it ends in March 2018 – rather than using the government’s flagship GOV.UK Verify."

Well now move forward a few weeks and it transpires that HMRC will use Verify in conjunction with its own system.

Computing explains it thus, HMRC programme director Mike Howes-Roberts published a blog post which initially stated that HMRC would not use GDS's Gov.uk Verify system, and instead develop their own solution in house.

HMRC then swiftly edited the blog post to then suggest it would continue to use Verify as the single identification service for individuals - and that the authentication service that HMRC is developing to replace the 16-year-old Government Gateway would complement the existing Verify service for business representatives.

The assumption that most onlookers made was that the Cabinet Office politely asked HMRC to amend the wording of the blog to diffuse speculation about an ongoing turf war.

It seems that this has all been just a matter of "creative tension". Ed Garcez, the chief information and digital officer (CDIO) of Camden, Haringey and Islington councils, has dubbed the ‘turf war' between HMRC and the Government Digital Service (GDS) around online identity assurance as merely a matter of ‘creative tension'.


"It's sometimes the case where you have technical professionals who work hard on a solution and put their all into it, they inevitably feel it's a great thing they've created. When there are two conflicting great things, it's people's natural tendency to try and sell the one that they've created. I don't think that's a constructive process, but it's a human process."

I think if we can bring the learning of Verify and Government Gateway, as well as the other identity initiatives across government, together then there would be a clearer picture of what the best way forward is.

I would describe the current situation as ‘creative tension', because there is a degree of tension but I think if the tension is channelled in the right way it can be creative and can lead to a better result overall."

Well this all sounds fine then, clearly taxpayers and HMRC will end up with a system that is:

HMRC Is Shite (www.hmrcisshite.com), also available via the domain www.hmrconline.com, is brought to you by www.kenfrost.com "The Living Brand"
Posted by Ken Frost at 10:06