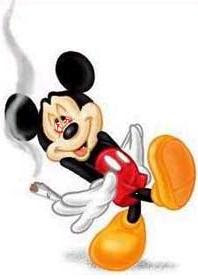 Yesterday's fantasy budget, based on an unachievable 2011 growth forecast of 3.5%, was remarkable in many respects.

Aside from the fact that national debt has now shot up to £1 Trillion (see below), it proposed among other measures:

- Fines for tax advisers who are incompetent.

- A requirement for Finance Directors (FDs), of large companies, to personally certify that adequate controls are in place to prepare accurate tax computations. They will be personally fined £5K if they fail to do so.

- HMRC to publish a quarterly list of names and details of individuals and companies who have been penalised for deliberate defaults.

Why are these proposals so wrong?

1 Re financial advisers, the onus is on the client of the adviser to claim redress for incompetence not HMRC/HMG. This is an unnecessary, and unwelcome, extension of HMRC's powers to levy fines and regulate commercial relationships between third parties.

2 Re FD's certifications, this goes against the principles of company law whereby the board has collective responsibility; and is yet another excuse to raise revenue by levying fines.

3 Re the "name and shame" suggestion, as "morally satisfying" as that may appear, it may well breach human rights legislation and goes against the central tenets of HMRC; ie never to reveal an individual's/firms' tax affairs. It will also be open to abuse by HMRC, who will use it as a stick to threaten people who they "suspect" (but don't have proof) of misstating their tax declaration.

So much for KPMG's call for "simplification"!

HMRC Is Shite (www.hmrcisshite.com), also available via the domain www.hmrconline.com, is brought to you by www.kenfrost.com "The Living Brand"
Posted by Ken Frost at 10:02