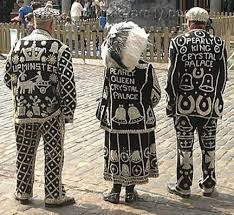 The incoming General Anti-Abuse Rule (GAAR), as per the 2013 Finance Bill, is not as clearly defined as some tax professionals would like; they are worried that it is likely to cause "considerable uncertainty".

In theory it will come in to effect in July. However, some are calling for it to be delayed until ambiguities within in it are addressed.


"There is scope within the GAAR legislation for it to be used far more widely than the original government report had previously suggested.

The drafting of the legislation and the fact that the guidance produced by HMRC is not legally binding means that there is scope for considerable uncertainty as to the type of arrangements which may be targeted by HMRC."

Additionally, it would seem that our political masters have allowed the opinion to form that GAAR will be the silver bullet that resolves the tax issues relating to avoidance wrt multinationals such as Starbucks.

This of course will not be the case.


Chair of the House of Lords committee on the Finance Bill Lord MacGregor said:


"There is a misconception that GAAR will mean the likes of Starbucks and Amazon will be slapped with massive tax bills.

This is wrong and the government needs to explain that to the public. GAAR is narrowly defined and will only impact on the most abusive of tax avoidance.

We accept the narrowly focused GAAR as a starting point. We recommend that the scope of the GAAR should be reviewed after five years as part of a wider post-implementation review, which would look, in particular, at how the double reasonableness test had been applied in practice and its deterrent effect."

As the saying goes, the issue around GAAR will "run and run".

HMRC Is Shite (www.hmrcisshite.com), also available via the domain www.hmrconline.com, is brought to you by www.kenfrost.com "The Living Brand"
Posted by Ken Frost at 11:23