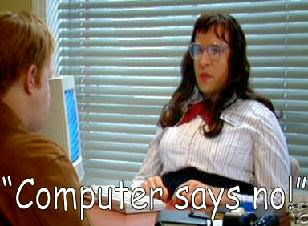 On 2nd October I wrote the following:

Seemingly 'twas but a false alarm.

The shutdown has been postponed after discovering more work was required than planned. After running tests to establish what work was needed, HMRC found it would have missed its Monday deadline to return the system to working order.

An HMRC spokesman is quoted in last week's Accountancyage:


"Whenever we undertake maintenance work we run rigorous tests beforehand.

These checks were completed last night and we discovered that there was a problem and that part of the upgrade wouldn't have been complete by Monday morning as previously announced.

This means that all our services will be running normally this weekend and we are working to choose a new date and approach that has the least impact on our customers."

Any guesses as to when the new shutdown will occur?