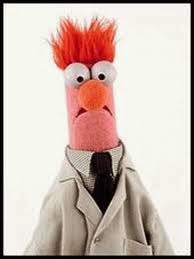 Here's an interesting pre Budget leak, according to the Mail (which sourced the story from the Sun) money owed to the Treasury by certain taxpayers will be taken directly from their bank accounts.

Aside from the fact that pre Budget leaks should not occur in the first place (sadly pre Budget Purdah has long since been abandoned by Chancellors both Labour and Tory), and the fact that the report is in the Mail, there seems to be some confusion in the article over whether the alleged new powers relate to tax owed by those who have an outstanding tax liability (tax debts can be built up by law abiding citizens) or only those who have evaded tax (ie broken the law).

Anyhoo, if the Mail is correct, HMRC will be given the power to take money from those who owe HMRC over £1K and who repeatedly ignore HMRC's attempts to recover the money owed. Currently HMRC has the power to seize assets.

The new power is to be revealed in next week's Budget, and is apparently one of Beaker Alexander's ideas.

Well then, if this story is true, let's see how this works in practice!

HMRC Is Shite (www.hmrcisshite.com), also available via the domain www.hmrconline.com, is brought to you by www.kenfrost.com "The Living Brand"
Posted by Ken Frost at 09:01