The Demise of Purdah 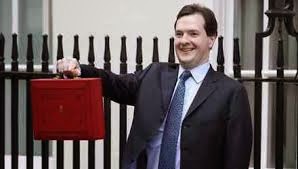 As loyal readers may recall, I have on occasions bemoaned the fact that Budget Purdah is now a thing of the past.

It seems that one of the reasons (aside from flabby mouthed politicians) for the demise of Purdah, is the fact that an HMRC press officer was supplying The Sun with inside information in exchange for bungs. As per the Guardian:


"A reporter on the Sun newspaper allegedly paid £17,000 to an HM Revenue and Customs (HMRC) press officer for confidential information including leaked details of the 2010 budget, an Old Bailey jury heard.

Stories included details of the 2010 budget, published on budget day, “so readers of the Sun were reading details of the budget before the chancellor had got to his feet in the House of Commons”, said Zoe Johnson QC, prosecuting. Most of the payments were paid into the account of Hall’s live-in girlfriend, Marta Bukarewicz, “to cover his tracks”, it was alleged. Bukarewicz then transferred the money to Hall’s account “deceptively labelled as rent” and kept some money herself as “commission” for “her unlawful efforts”, it was alleged.""

Hall has accepted that he supplied stories to Hartley for which he was paid.

Let us trust that this is a one off, and that Hall is the only bad apple in HMRC!

HMRC Is Shite (www.hmrcisshite.com), also available via the domain www.hmrconline.com, is brought to you by www.kenfrost.com "The Living Brand"
Posted by Ken Frost at 09:46