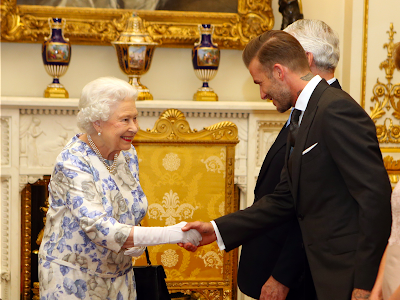 According to the Evening Standard David Beckham’s knighthood was all-but-approved for the 2014 New Year’s Honours list until a last-minute intervention from HM Revenue & Customs.

HMRC reportedly put up a “red flag”, blocking the honour, on the grounds that the ex-England captain had been involved in a controversial form of lawful tax avoidance.

After that, Honours Committee officials reportedly entered into a dialogue with Mr Beckham’s advisers on how to “sort out” the issues raised by HMRC.

1 If the avoidance was lawful, what the fark was HMRC's problem?

2 Why was Beckham then given advice on how to sort out HMRC, when ordinary taxpayers are thrown to the wolves?

HMRC Is Shite (www.hmrcisshite.com), also available via the domain www.hmrconline.com, is brought to you by www.kenfrost.com "The Living Brand"
Posted by Ken Frost at 11:37