The Death of Ambition? 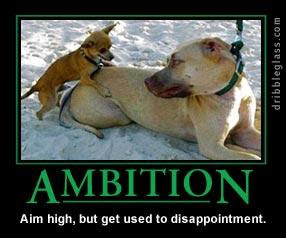 I would very much appreciate having some more background on the possible "sad" demise of "Ambition" within HMRC, and the creation of "Vision":

"HMRC's Ambition (like that of many of its staff disillusioned with the never ending stream of distracting initiatives - Pacesetter being public enemy number one) is no more.

We now have the HMRC Vision which was conceived (allegedly) for a mere six figure sum. I presume this is due to it having two fewer letters!"

In the event that "Ambition" has died, I would guess that few taxpayers may be asking why £1.5M was spent on coming up with the word less than two years ago.