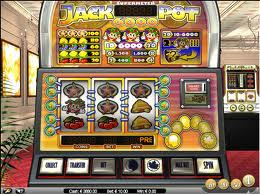 My thanks to a loyal reader who penned me an email the other day, advising me of a wee problem on the horizon for HMRC partly caused by the Treasury.

The Treasury has come up with a "terrific new wheeze" (well "new" is an exaggeration, this was actually formulated in the tailend of 2010 and is set to be implemented 1st Feb 2013) relating to the taxation of fruit machines etc, known as Machine Games Duty (MGD).

MGD replaced Amusement Machine Licence Duty (AMLD) in order that HMRC avoids a conflict with the EU 6th directive about not taxing gambling. AMLD taxed the machine, profits from the machine were subject to VAT (the VAT could then be recovered from the purchase and operations of the machines).

However, MGD stops the trader from recovering the VAT paid.

However, as with all the best laid plans of mice, men and Treasury officials there hides a fly in the oinkment.

The problem lies in the implementation of this new tax.

Approximately 12-15 extra staff (about double the current number), they will help to input the forms. Unfortunately, despite Phil Pavitt's alleged superhuman abilities, the new computer system is not yet available for them to train on. I am also advised that the budget for development of the computer system is already "more than spent", with nothing to show for it.

Now I can hear some wise heads tutting, and asking why input is not done online (as HMRC prefers for so many other taxes etc). Well it seems that the Treasury insisted that traders be allowed to put in paper returns.

Oh, and one more thing, there is no machine registration within the new HMRC system.