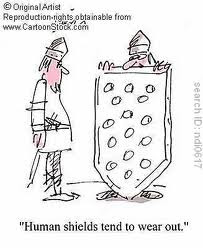 Well you could have knocked me down with a feather, when I read in the Guardian the other day yet another article about how Phil Pavitt (HMRC's CIO extraordinaire) is single handedly turning HMRC into a fit and lean (no pun intended) technologically sophisticated organisation.

Are their no limits to this man's talents and skills?

I am wondering if the recent media deluge of stories about the ubiquitous Mr Pavitt is more to do with a diversionary media strategy being employed by HMRC (to deflect attention away from..what's her name..oh yes, Lin Homer), rather than anything specific relating to Pavitt's skills and abilities (with which he seems to be remarkably "well endowed").

Anyhoo, here is the article in full (please feel free to comment and highlight the reality from the coalface):

"The Real Time Information (RTI) programme may be HM Revenue and Customs' most high-profile IT project of the moment, but the department has a whole swathe of significant technology projects under way.

"RTI is definitely the single biggest programme and the most high profile because of its intercept with universal credits, but it can't be the only thing we do in the next two to three years," says its CIO (chief information officer) Phil Pavitt. "We have 40-odd projects that are IT related. They're nowhere near as huge as RTI in terms of expenditure and what they will deliver, but some of them will have an enormous impact.

"For example, one of the programmes we have is about closing the tax gap, which is one of the big spending review targets for us, and will probably bring in £1bn to £2bn of income. We have to balance the resources, but RTI is not overbearing against all the others."

The roots of much of the work are in the department's Change Plan for 2011-15 which has set the stage for a planned reduction in headcount from about 70,000 to 56,000, and an effort to increase the proportion of staff working on compliance and enforcement to more than 50%.

"The mix of what the 56,000 do is that a lot did back office jobs that we are automating, and maybe 7,000 or 8,000 will change their role, the bulk of them working on enforcement and compliance," he says. "It's a big cultural transition and an effort to make us more efficient."

While there is no one big IT programme that will facilitate the transition, around half of the 85 projects that will contribute to the change have a significant IT element.

"Some of the projects are very IT related," he says. "For example, extending our caseload system that enables us to move cases in our enforcement and compliance area rather than shifting big lumps of paper in cases; that's a significant investment for us.

"We have a Connect system to take on all the data we get from government departments, and are able to build pictures of people so we can see where there may be fraud. These are large IT investments.

"Then there are others just to speed up the system and give us more capacity - we've just invested in 25,000 new desktops under the Aurora programme. Just having desktops that work better gives us more uptime: for example, the call centres are now handling twice the number of calls they handled two years ago, with very little downtime."

Under Aurora, HMRC also retired 66 of its core applications to bring the number below 750. It's a move that Pavitt believes will probably see Aurora's exceed its targeted savings of £160m a year, and one that has involved something of a culture shift in its attitude to IT.
"We've moved from a very risk averse position in retaining all of our applications, even if we never use them, to taking away from the estate all the areas that are overly complex or that we no longer need," he says.

Aurora however is in its closing stages, and will be replaced by Pavitt's 13 Machines strategy. Under 13 Machines, HMRC is aiming to reduce the number of business critical applications still further, to 200 running on 13 platforms by 2015-16.

13 Machines is not expected to produce savings on the scale of Aurora, as the earlier programme has taken the low hanging fruit, and its business case is currently being kept confidential. It is, however, expected to make a big difference, according to Pavitt..

"Some systems are of an age or complexity, or we struggle to find the right level of support, so that they require immediate attention. Some are used in an area where the policy has changed, and it has such a dramatic impact that as we adapt to the policy we might as well change the core systems. In some cases we may have 20 similar platforms that we can take down to one.

"We have a complex calculation to help us do all this, but we've agreed with the business a roll out schedule to do those in some sort of order.

"RTI is a classic case that will retire and replace some of the classic applications."

HMRC is also working to improve the quality of its data. Pavitt describes it as a "data monster", processing more than any other government department, dealing with 35 million people and up to 12 million businesses, and managing more than 400 tax regimes. Consequently, preserving the quality of the data takes a massive effort.

"Data has been a real challenge for us, and we're piloting within RTI a data cleansing mechanism," Pavitt says. "Everybody can run a data cleansing project, and within a minute the data begins to degenerate because old behaviours come along.

RTI is being used to introduce data frameworks, and the master and slave data concept, a metadata concept that involves a set of core data, such as someone's address, and more variable data that cannot override the core.

"If that works well in the personal tax area we'll take all of those principles and begin to slowly move them across HMRC," Pavitt says."

HMRC Is Shite (www.hmrcisshite.com), also available via the domain www.hmrconline.com, is brought to you by www.kenfrost.com "The Living Brand"
Posted by Ken Frost at 11:40