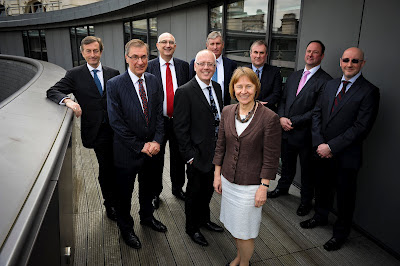 On the 19th of July I wrote about HMRC's Flickr gallery that shows mugshots of HMRC's most wanted and, amusingly, of Excom and other staff members.

One month on, and HMRC have woken up to the fact that they actually have a gallery and have decided to tell the world (sorry lads, I told the world about it a month ago!).

Anyhoo, here is HMRC's press release (albeit one month late):


"To help in the effort to hunt down the United Kingdom’s biggest tax fraudsters, HMRC will place photographs of its Most Wanted on its flickr channel and ask members of the public to assist in finding them.

The Most Wanted are tax criminals who have absconded after being charged with a crime or during trial. HMRC has worked with Crimestoppers to gather information from the public that may help capture these criminals and others like them, but this is the first time that HMRC has published photographs and details of tax dodgers’ crimes.

“The Government is absolutely committed to tackling tax evasion and fraud. These criminals have collectively cost the taxpayer over £765m and HMRC will pursue them relentlessly. We hope that publishing their pictures in this way will enable members of the public to contribute to the effort to catch them.”

Tax evasion and fraud cost the taxpayer around £10bn. The Government is committed to cracking down on those who try to dodge their responsibility to pay tax and has invested over £900m in HMRC in order to raise an additional £7bn each year in tax revenue.

HMRC’s Top 20 Most Wanted can be seen here www.flickr.com/hmrcgovuk

People can report leads on the Most Wanted fugitives via HMRC’s Customs, Excise and VAT fraud reporting hotline on 0800 595 000, by email or post here, or through the Crimestoppers website www.crimestoppers-uk.org

Notes to editors
1. If you're calling from abroad please telephone:

Don't forget to have a good look round the Flickr site (eg click on Excom to see pics of Excom et al).