You Pay Peanuts You Get Monkeys 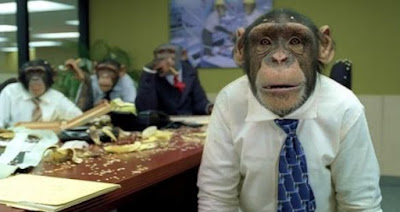 As loyal readers know, HMRC is doing away with its Aspire contract in favour of shorter contracts with a wider range of suppliers.

In order to ensure a smooth transition from the contract, HMRC has set up a new government-owned company called Revenue and Customs Digital Technology Service (RCDTS). Its purpose is to directly employ private sector contractors who had been working for Capgemini.

However, there is a fly in the oinkment for those who switch from private to public; as there is an ongoing Treasury policy of limiting all annual payrises across the public sector to 1% until at least 2020.

This is ironic as Dearnley told PAC this week that the new company had been set up specifically to provide "a better employment offer for the staff coming in from the private sector", including better base pay and pensions than could be expected as direct employees of HMRC.

However, he is quoted by Public Technology:


"It is limited by the pay cap.

But it does have a different salary scale and remuneration structure, so in that, we've been able to put together what we believe is a much more appropriate offer for people coming in from the private sector."


"I'm sure this will be an ongoing topic of conversation with the Treasury over the next few years."

In other words this deal hasn't been agreed/signed off by the Treasury!

Seemingly more than a quarter of the private contractors, eligible for transfer into the civil service, have chosen not to do so.


"This was them making a personal choice that they either wanted a career somewhere else or they found a different job with a current employer, or it was their moment to retire or go off to do something different.

That level of attrition that we saw was actually lower than we expected – but in line with the industry standard."

Maybe the civil service and the government needs to rethink how it rewards and retains people?