Troup Cleared - Jobs For The Boys 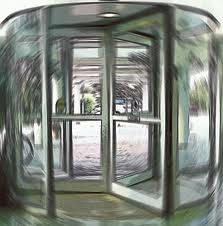 Sir Edward Troup, former permanent secretary at HMRC, has been cleared to start a new part-time role as an external senior tax adviser at management consulting company McKinsey, although he is not permitted to give EU tax administrations Brexit-related advice.

One concern was that the appointment could be seen as a reward for decisions made in office, particularly as HMRC paid McKinsey £680,000 to help design a Brexit customs arrangement.

However, although Troup had some official contact with McKinsey while at HMRC, he was not involved with McKinsey regarding any paid advice that the business provided to HMRC. He also had no influence in contract letting or contract management as this was down to CEO Jon Thompson.

Therefore, the committee concluded that Troup’s new role was not a reward for decisions made while in office.

As per Accountancy Daily, the committee has allowed Troup to start the new role as long as the following conditions are met for two years from his last day in Crown service:
Troup must also inform the committee if he plans to expand or change his role as he may have to make a new application to the committee.

Working for HMRC can be the springboard to a glittering career!