Where Squatteth The Toad of Truth in HMRC? 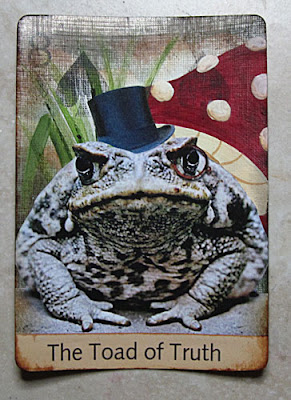 ContractorCalculator reports that HMRC has conceded it is unable to substantiate claims that the contractor press has misrepresented comments by HMRC officials concerning ‘blanket rulings’ in response to the public sector Off-Payroll rules.

Documented in the minutes to the 21 November 2018 IR35 Forum meeting, HMRC alluded to ‘articles posted online in the contractor press’, which it claimed had made ‘allegations against a named HMRC individual’, adding: ‘HMRC was clear that it is inappropriate for an official to be named, and that the articles had misrepresented what had been said.’

However, in responding to a Freedom of Information (FOI) request from ContractorCalculator, HMRC acknowledged that it had no supporting evidence to support its claims.

This comes just a week after tax barrister Keith Gordon published a letter written to the Financial Secretary to the Treasury, in which he expressed concern about HMRC’s integrity, noting:


‘It is my view that no-one can safely rely on the veracity or accuracy of any statement uttered by HMRC on the mere basis that the statement is being made by a public servant.’

This may well be applicable to other matters pertaining to HMRC, various in house "problems"/screw ups and the behaviour of some of its staff.


Where squatteth the Toad of Truth in HMRC?

Email ThisBlogThis!Share to TwitterShare to FacebookShare to Pinterest
Labels: contractors, HMRC, off payroll