Hanging on The Telephone - Cut Off In Their Prime 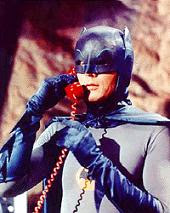 The recent article about taxpayers phoning HMRC call centres being cut off by HMRC staff (in order to save time looking up answers), attracted this comment:

"Ah, but this doesn't just happen to customers of HMRC, it also happens to staff.

The other day, I was having difficulty figuring out how to claim a particular item of T&S (Travel and Subsistence) after working away.

Our internal guidance was, as usual, absolutely useless so I phoned the HR Service Centre. After waiting for fifteen minutes and ignoring the automated voice repeatedly telling me that I'd be better off e-mailing (a 10-working day turnaround for an answer? I don't bloody think so!) I spoke to a chap, explained the complicated situation and, without a word, he promptly hung up on me because the question was too difficult for him to answer!

Cue me calling again, waiting another fifteen minutes, speaking to someone else and being told that he didn't know the answer but would forward it to the T&S team. The expected timescale for a response? 10 working days.

To their credit, they actually e-mailed me back within 2 days.

With the wrong answer.

As I have noted many times before, HMRC staff are taxpayers too; the above case proves that point, as HMRC staff are being treated in exactly the same way as "civilian" taxpayers.

http://hmrcisshite.blogspot.com/2008/09/hanging-on-telephone-discipline.html
Tax does have to be taxing.

HMRC Is Shite (www.hmrcisshite.com), also available via the domain www.hmrconline.com, is brought to you by www.kenfrost.com "The Living Brand"
Posted by Ken Frost at 01:06