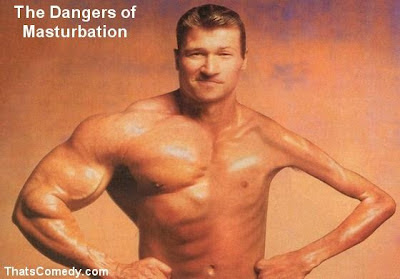 She is quoted by the Telegraph, in response to an National Audit Office (NAO) report on HMRC's accounts published yesterday:


"'Sadly it is no surprise that the NAO has found substantial problems with the HMRC's accounts. This year has seen a litany of tax errors and scandals come to light with mistakes made at the most senior level from the permanent secretary for tax downwards.

The sheer scale of waste and mismanagement at HMRC never ceases to shock me. Without even mentioning the tax gap, in 2011/12 the department wrote off a staggering £5.2 billion of tax owed, overpaid nearly £2.5 billion in tax credits due to fraud and error and underpaid around £290 million.

In some areas the department is moving in the right direction and has made progress to implement improvement plans. But the department is still plagued by IT problems; limiting, for example, its ability to link together the debts owed by taxpayers across different tax streams.

With its long history of large scale IT failures, the department needs to get a grip before it introduces its new real-time PAYE information systems and begins the high-risk move from tax credits to the universal credit.''

The warning about the oncoming car crash that is RTI was echoed by Amyas Morse (the Comptroller and Auditor General), who said:


''Our high-level recommendations in today's report are that, first, the department should get a better understanding of the costs and benefits of its interventions - such as debt campaigns and initiatives to drive down levels of error and fraud in tax credits.

Secondly, it should prioritise and target its activities on the basis of a better understanding of risks, such as risk-profiling of taxpayers.

Finally, before implementing significant structural changes, the department needs to be clear about what its future operating model will be: it needs to understand how its business will change following the introduction of real-time information and universal credit.

There are broad lessons here which reinforce the messages in our recent value-for-money work on tax administration. The department should seek to apply those lessons across the full range of its activities.''

However, HMRC are quite upbeat about things:


"Today's report recognises the new system has bedded in well, and the legacy cases we inherited from the old clerical system are well on the way to being cleared.

We have a long way to go before we are delivering the standards of service to which we aspire, but today's report reflects the real strides forward the department has made, and sets solid foundations for the future.''

So that's alright then, nothing to see here move along please!

The key issue, in my humble view, is that both PAC and NAO are "politely" flagging their very real fear that RTI is going to be a clusterfuck. Loyal readers know full well that this site has repeatedly warned of this oncoming clusterfuck that is RTI. Seemingly others are now waking up to the dangers, sadly rather late in the day.

Anyhoo, here is the summary of the report, the full version can be read here C&AG report: HM Revenue and Customs 2011-12 accounts:


"The report details progress by the Department in stabilising the PAYE service since the serious problems that emerged when it introduced the new National Insurance and PAYE service (NPS) in 2009. The report also covers HMRC’s performance in managing tax debt; and its progress in tackling fraud and error and in managing debt in respect of tax credits.


In 2011-12, the Department received total revenue of £474.2 billion, an increase of £4.5 billion (0.96 per cent) more than in 2010-11. Tax revenue has continued to recover from the effects of the recession in 2008-09 and 2009-10. VAT revenue has increased by £9.3 billion, largely because of the VAT rate increase and increases in revenue from the oil, gas and business services sectors. Revenue from corporation tax has decreased through turbulence in the financial sector, offset by increased revenue from offshore companies because of higher oil and gas prices.

Today’s report points out, however, that stabilising PAYE has come at a cost, in terms of the amounts of tax the Department has decided to forgo to keep workloads manageable. In 2011-12, it remitted an additional £12.7 million relating to claims from taxpayers, bringing the total of those claims to £53.7 million.

The NAO recommends that, as a step towards forecasting its overall work load and the operational resources required, the Department complete its review of its PAYE operating model, taking account of the findings from the pilot for testing its new ‘real time information’ (RTI) system.

The value of tax debt at 31 March 2012 under active management stood at £13.3 billion, compared with £15 billion in the previous year. The Department has made progress in implementing its debt strategy through tailoring its approach based on the characteristics of the debt. The Department’s records show a large increase over the last two years in the amount of tax which the Department has decided not to pursue, especially for income tax which was £756 million in 2011-12. This is in part owing to PAYE stabilisation work but also as a result of improvements in the recording of remissions.

The NAO recommends that the Department identify the full cost and evaluate the cost-effectiveness of each of its debt collection activities. It should also accelerate its work to undertake full risk profiling and customer segmentation of its debt balance, as recommended by the Public Accounts Committee in 2004 and 2008.

In 2010-11 (the latest year for which figures are available), the Department overpaid between £2.08 billion and £2.46 billion to claimants as a result of error and fraud and underpaid between £0.17 billion and £0.29 billion to claimants because of error. The Department has not met its target to reduce the level of tax credits error and fraud to no more than 5 per cent of entitlements.

The Department met its target to reduce tax credit debt to £4 billion at 31 March 2012 (down from £4.7 billion a year earlier), but only after writing off old debts of £1.7 billion during 2011-12. It estimates that £2.3 billion of the £4 billion is unlikely to be recovered. The Department’s campaign approach, aimed at collecting tax credits debts more promptly, has had limited success."