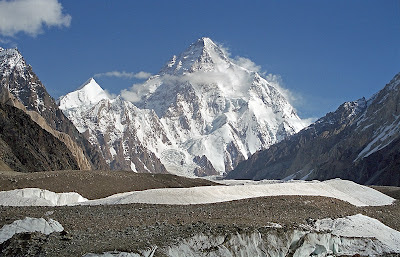 It would appear that David Cameron did not read my article yesterday, about Jimmy Carr's K2 tax avoidance scheme, in which I warned David Gauke that:


"Avoidance is a perfectly normal human thing to try to do, the politicians are not in a position to lecture the rest of us on "morality".

Cue David Cameron who, wading in without thinking for one moment about the consequences, boldly proclaimed to the world that Jimmy Carr's tax arrangement "isn't morally right".


Rather amusingly it does seem that Ed Miliband has in fact read my article, for in the Telegraph he is quoted as saying:


"I'm not in favour of tax avoidance obviously, but I don't think it is for politicians to lecture people about morality."

He is quite right (bloody hell, I'm agreeing with Miliband!), a politician lecturing us on morality is as natural as a cat walking on its hind legs.

I would remind Cameron that, whilst none of his income (from his job, his trust funds, his inheritance etc etc) may not be reduced by "morally repugnant" perfectly legal tax arrangements, many of his fellow Tory MPs and indeed many of his party's donors may well use such schemes themselves (eg Sir Philip Green).

I would also remind the Prime Minister that raising a hue and cry over tax avoidance (eg in the form of the investigation of civil servants on off payroll schemes) is all very well, but what happens when your proud boasts to end these schemes come to nowt?

I refer to two issues:

1 The fact that HMRC pay some of its own staff off payroll, yet will not be investigating them:


"Given that some of HMRC's staff are also "off payroll":


"HM Revenue and Customs (HMRC) announced that nine staff has been paid ‘off-payroll’ and that since the discovery by Exaro News three of these positions have ended. 350 contracts that have paid civil servants ‘off-payroll’ have also ended; 35 civil servants have continued working under new terms and conditions."

I wonder if HMRC will also be investigating them?

I suspect not, as HMRC have the get out clause of "high risk" and also will not be pursuing those whose arrangements have been sanctioned by HMRC.

In other words HMRC has placed itself outside of its own investigation."

2 The HMRC investigation into the hundreds of council officials who are working off payroll has been blocked.

Exaro News reports that despite pledges from ministers to crack down on councils paying senior staff through personal-service companies, they have been powerless to halt such tax-beneficial contracts. Instead, they have merely issued fresh Whitehall guidance on pay arrangements.

However, no one has asked the LGA to find out which council officials had tax-beneficial contracts.

Yes, because it means that without such a review HMRC will not be able to carry out the similar exercise that it is doing for the 2,400 civil servants on off payroll schemes (excluding its own staff of course!).

Cameron has got himself well and truly stuck on top of the Savage Mountain (aka K2), not only will his "promises" to deal with these schemes come to nowt, but he has effectively declared open season on every Tory MP, every Tory candidate and every Tory donor. The media and other interested parties will pore over their finances with a fine tooth-comb, and one by one every single tax avoidance scheme (that the PM finds "immoral") will be made public (I guarantee there are hundreds of Tory MPs and Tory donors etc using these such schemes).

Cameron has lost touch with reality, in a desperate attempt to grab a soundbite and pander to the anti avoidance lobby.

To repeat what I said yesterday:


"Avoidance is a perfectly normal human thing to try to do, the politicians are not in a position to lecture the rest of us on "morality."

A politician lecturing us on morality is as natural as a cat walking on its hind legs.