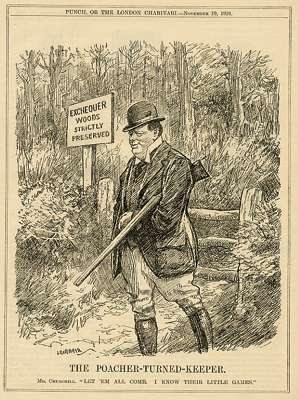 My thanks to a loyal reader who pointed me to a press release that HMRC issued yesterday, concerning the appointment of a new HMRC Chief Information Office (CIO), Mark Dearnley.

Dearnley comes from the private sector from a company that loyal readers may well have heard of........Vodafone....cough!

Sadly I see he refers to HMRC as having a "customer base", oh dear!

Anyhoo, Dearnley has quite a task ahead of him as CIO's within HMRC don't seem to last the course. Phil Pavitt moved from the role in October 2012, then left HMRC in November and his acting replacement, Mark Hall, evidently didn't cut the mustard.

Does anyone know what has happened to Mark Hall, ie is he still in HMRC?

I ask because rumours abound that he was not best pleased at being snubbed.

HMRC won't say why Hall had been denied the promotion to CIO, as per Computer Weekly:


“The CIO recruitment process was subject to fair and open competition overseen by a civil service commissioner. Following a rigorous and transparent selection process, an external candidate was chosen. We do not comment on individuals who may have been on the interview panel. Mark’s replacement as CIO will be announced in due course,”

It also appears that the role of CIO is being downgraded across Whitehall.

Anyhoo, here is the press release from HMRC:

"HM Revenue and Customs (HMRC) has announced the appointment of one of the country’s leading IT chiefs as the department’s new Chief Digital and Information Officer.

Mark Dearnley, who is currently the Chief Information Officer (CIO) of Vodafone UK, is joining HMRC in October. He will take control of a £500 million-a-year IT operation that serves 45 million individuals, 4.8 million businesses and 65,000 HMRC employees. He will be responsible for implementing HMRC’s £200 million digitisation programme and accelerating the planned delivery of online services for all taxpayers. He will also lead HMRC’s physical, personnel and information security.

Mr Dearnley has been CIO at Vodafone UK since 2010 with responsibility for IT supporting 19 million customers. He led a programme to overhaul Vodafone’s business-critical information systems and was named Oracle Global Business Unit CIO of the Year in 2012 for this achievement. Mr Dearnley also restructured Vodafone’s IT operating model and introduced Cloud-based technologies into the mobile operator.

David Gauke, Exchequer Secretary to the Treasury, said:
“It is an indication of the scale and seriousness of the Government’s digital ambition that one of the UK’s most experienced CIOs is leaving the private sector to take on this major role. Mark Dearnley’s appointment to HMRC is evidence that Government has the cutting-edge challenges that can attract the very best leaders in IT to public service.”

HMRC Chief Executive, Lin Homer, added:
“Mark is an exceptionally experienced CIO, with strong leadership and change management skills as well as an accomplished technical background across a spectrum of IT disciplines. HMRC has already embarked on an ambitious programme of digitisation to provide taxpayers with modern online services and Mark is the right person to deliver that for the UK.”

Mark Dearnley said:
“I have spent my entire career in the private sector, mostly in customer-facing businesses. But no private business in the UK can match the customer base, scale or complexity of HMRC, which makes this role irresistible. I am thrilled to have been appointed and can’t wait to get started.”