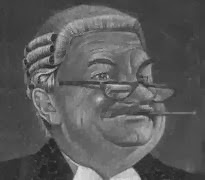 The paper contains information and analysis about appeals against HMRC’s tax decisions for the period 1 April 2012 to 31 March 2013, including internal reviews and cases taken to the tribunal.

As per the paper:


"Where a customer disagrees with a decis ion made by HM Revenue & Customs (HMRC), they can ask for a review, make an appeal to an independent tribunal, or take both actions. Every year HMRC makes millions of decisions. Customers ask for reviews and make appeals in relation to only a small proportion of decisions."

The decrease in reviews requested was mainly caused by fewer customers asking for reviews of VAT Default Surcharges and late filing and late payment penalties for Income Tax Self-Assessment (ITSA) and Pay as You Earn (PAYE). The number of reviews for VAT default surcharges decreased from 30,345 in 2011-12 to 20,046 in 2012-13.

There were fewer VAT default surcharges being issued in 2012-13 as compliance improves. When the first late filing and late payment penalties were issued in 2011-12 the number of requests for review of such penalties increased. The number went down in 2012-13, as customers become more familiar with the new system."

Taxpayers made 7,560 appeals to the tribunal in 2012-13. 4,564 cases were closed, either by a formal hearing by the tribunal, or by settlement before the hearing. 17% were decided in the taxpayers' favour.