HMRC Increases Its Spend On Bailiffs 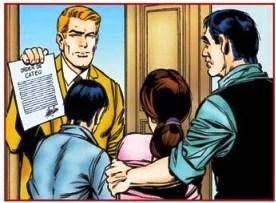 UHY Hacker Young reports that HMRC has doubled its use of private sector bailiffs and debt collection agencies over the last two years, indicating that it is taking a more aggressive approach to recover overdue tax.


“Bailiffs do not have the best of reputations and many taxpayers are going to be very alarmed when a debt collector is brought in.

Most taxpayers who are behind with their payments are in that situation because they simply can’t afford to pay their tax – not because they intend to string HMRC along.”

The risk of bailiffs being used is increasing as HMRC winds down its "Time to Pay" scheme.


“There is the danger of mistakes in communication between HMRC and its agencies, with taxpayers being incorrectly chased for debts. Any errors that do arise would be far easier to rectify if the process was kept in-house.”

HMRC uses 13 companies to aid it in its debt recovery programme.

It is also worthwhile remembering that once you have unleashed the hounds, it is sometimes rather difficult to rein them back in. Do not forget that if HMRC are given powers to raid bank accounts, this may well exacerbate the problems faced by taxpayers incorrectly targetted as a result of erroneous HMRC data.

HMRC Is Shite (www.hmrcisshite.com), also available via the domain www.hmrconline.com, is brought to you by www.kenfrost.com "The Living Brand"
Posted by Ken Frost at 10:24