Sorry You're Not Dead 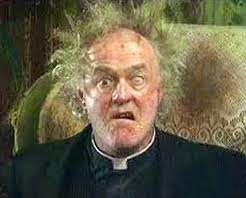 Commiserations to Peter Moore, 47, who received a particularly puzzling letter from HMRC last week in which he was told that he was dead.

The letter was addressed to the "representative" of Peter William John Moore and apologised for the family's "recent bereavement". After offering sympathies "during this difficult time", HMRC then went on to demand unpaid tax.


A spokesman for HMRC is quoted by the Mirror:


"We don't talk about individual cases but when we make mistakes we aim to put them right fast and apologise."

The question remains, who has actually died and has his tax records muddled by HMRC with the living?

HMRC Is Shite (www.hmrcisshite.com), also available via the domain www.hmrconline.com, is brought to you by www.kenfrost.com "The Living Brand"
Posted by Ken Frost at 09:44