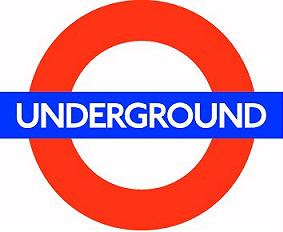 My thanks to a loyal reader who sent me the following press release from Qdos Contractor wrt HMRC's claims that IR35 reform is not impacting public sector contracting:

Delays to critical TfL London Underground repair work due to the exodus of public sector contractors further contradicts HMRC’s claim that IR35 reform is not impacting contracting and the public sector, highlighted Qdos Contractor of The Qdos Group.

TfL recently revealed a ‘significant number’ of contractors stopped working on projects as a result of IR35 changes – a move which has led to skills shortages and the significant delay to critical repairs.

“This has not happened. HMRC has been monitoring this. Contractors come and go, and the market is naturally fluid, but it would be wrong to suggest that the public sector has significant recruitment gaps because of this reform.”

Prior to IR35 reform, 85% of contractors surveyed by Qdos Contractor were prepared to leave the public sector should they be found inside IR35.

“That a vital TfL project faces delays is obviously a concern. It also further contradicts HMRC’s claim that IR35 reform has not affected contracting and the public sector itself. When will HMRC admit the mistakes they’ve made with regards to IR35 reform?

“Blanket and inaccurate IR35 determinations will continue to force contractors from the public sector. That HMRC adamantly denies any public sector skills shortages because of reform is hugely worrying, particularly when public sector organisations are beginning to speak out too.

“The success of vital public sector projects rest heavily on contractors. It’s therefore essential that accurate IR35 decisions are made. This will become all the more important should reform be extended to the private sector.”