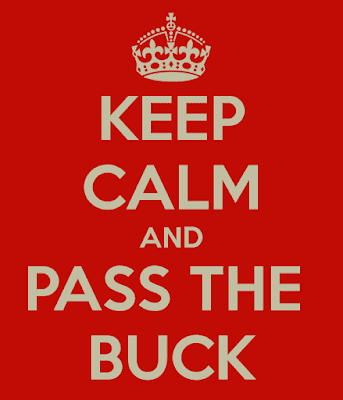 Steve Lamey ex HMRC CEO & CIO and ousted head of the Student Loan Company has laid the blame on HMRC for all of the SLC problems!

The Student Loans Company and HMRC are embroiled in a war of words over who is to blame for the outdated systems that cause thousands of graduates to overpay their loans.

In an interview this week, Steve Lamey blamed HMRC for the delays in improving the system.

The comments came after a Freedom of Information request from accountants RSM earlier this year found that for 2015-16, the latest figures available, 86,000 graduates had cleared their student loans and yet were continuing to pay thousands of pounds. This is an 80pc increase in the past six years.

The individuals repaid more on their loans than they owed, with the overpayments totalling £51m.

The average overpayment per graduate was £592, but in some cases it was more than £10,000.
Borrowers who overpay face a long wait for refunds, which, when they come, are paid with a derisory rate of interest.

The Telegraph reports that the errors are due to HMRC collecting the bulk of graduates’ loan repayments monthly through their salaries, but handing this information to the Student Loans Company only once a year.

Lamey said he asked for “real-time information” from HMRC to fix the problem.


“We have been asking HMRC for up-to-date student loan repayment data ever since the development of the real-time information system several years ago, but they consistently blocked our request.”

However, Jon Thompson, chief executive and permanent secretary of HMRC, told the Treasury select committee in September that the loans company was to blame.


“It is untrue to suggest that we are opposed to data sharing. We are committed to sharing repayment data with the Student Loans Company on a much more regular basis.”

You couldn't make this up!

HMRC Is Shite (www.hmrcisshite.com), also available via the domain www.hmrconline.com, is brought to you by www.kenfrost.com "The Living Brand"
Posted by Ken Frost at 10:25