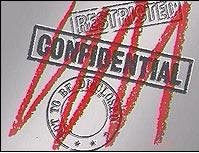 HMRC have caused a wee upset amongst the accountancy profession, when it was revealed that names of some taxpayers who failed to declare offshore banks accounts have been passed on to an independent research agency.

What happened to the concept of confidentiality and data protection?

HMRC have sent letters to some of those who came forward during last year's partial amnesty on undeclared offshore accounts. The letters say that names and telephone numbers will be passed on, unless the recipients opt out.

Would it not have been better to ask people to opt in instead?

That being said, the idea behind the research is laudable enough in that it aims to gain an understanding of customers' experience of the offshore disclosure facility.

Sadly the opt out method used by HMRC to "understand the customer's experience" is crass, and may also be a criminal offence under the 2005 Commissioners for Revenue and Customs Act. HMRC guidance says information can be passed on with consent, the Data Protection Act says consent should be "a positive indication of the wishes of the data subject".

HMRC deny it breaches the act and notes that there are strict safeguards, as the research company has been subject to rigorous security checks.

However, I would say, as a general rule of thumb that people like to be asked first before being "volunteered" for eg surveys, organ donor schemes etc.

HMRC Is Shite (www.hmrcisshite.com), also available via the domain www.hmrconline.com, is brought to you by www.kenfrost.com "The Living Brand"
Posted by Ken Frost at 01:01