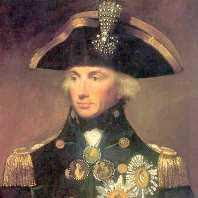 Dave "Nearly Man" Hartnett evoked memories of Nelson's "I see no ships" during a recent "guest" appearance at a discussion in the House of Commons.

Despite the fact that nearly 15,000 staff have resigned from HMRC since the merger in 2005 (3,000 ahead of HMRC's target), Hartnett (now permanent secretary for tax at HMRC) said he was not aware of any forced redundancies.

"There have been no compulsory redundancies that I'm aware of in the last few years."

There are of course many ways to make someone resign, as Hartnett knows, without having to fire them.

Ironically, despite this mass exodus, HMRC's operating costs are up by £192M.

Jim Cousins MP, like many others, is somewhat baffled by this contradiction.

Hartnett, whne questioned about it, said that there were "any number of reasons" (ie he didn't know) for the cost problems "to do with the running costs of IT systems and child benefits".

Hartnett may well have evoked memories of Nelson, but he and the other two on the "committee of three" who claim to now be in charge of HMRC are most certainly not modern day versions of Nelson.

HMRC Is Shite (www.hmrcisshite.com), also available via the domain www.hmrconline.com, is brought to you by www.kenfrost.com "The Living Brand"
Posted by Ken Frost at 11:50