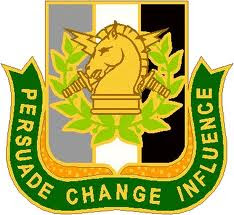 As the start of the HMRC staff survey is not far away, it is worthwhile (I think anyway) highlighting a comment made by a loyal reader about yesterday's article about how HMRC management are conducting a "hearts and minds" operation designed to try to influence the results of the survey.

The loyal reader also notes that PCS may well be complicit in the "hearts and minds" strategy (PCS's vested interest, wrt the status quo, has been alluded to by other loyal readers over the previous months).

The key point being that the survey results are very important, Excom cannot afford to allow HMRC to rank 103rd again.

However, there is insufficient time for any serious and genuine changes/improvements in management/structure of HMRC to have a meaningful effect on efficiency and staff moral (if such changes/improvements really are being made). Therefore short term "mood enhancers", such as those described yesterday and in the comment below, are being used.

Don't let them fool you!

"The strategy has been subtle and big questions raised about PCS complicity, i.e. suggesting a boycott of the vote and also their "campaigning" "effort".

Never have such smoke and mirror and snake oil salesman tactics been used with such gusto:-

Almost weekly reviews of the success stories associated with the engagement activities,

Caring approaches to HSW and DDA/EQA issues, training for managers (mandatory) better guidance for managers, statements from CEO downwards about how seriously these issues will be dealt with [is all this an admission it wasn't being done before? - you bet!].

I am on the optimistic side of the fence, and I know the public is beginning to see through the cloak of lies about pensions, I am confident that HMRC staff will use their vote wisely and freely despite messages to the contrary.

The posts being advertised are a double issue, they arise from the money guaranteed by the treasury in return for quite an about turn (cue creative accounting methods?) and also lucky timing to make the world look better through rose tints. Well frankly even a pile of dog excrement would be an improvement on the current environment.

The answer may be as has been referred to before, reduce the pot of departments so instead of being 103rd out of 103 (last) you become 101st out of 102 (massive improvement in results).