You Couldn't Make This Up - HMRC Ignores Payment on Account Changes 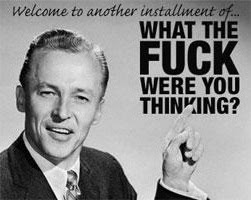 It seems that HMRC's online self assessment systems have ignored some applications to reduce payments on account for 2016/17 without notification.

That at least is what some tax agents have reported.

Kevin Salter, deputy chairman of the ICAEW technical committee, blogged about his experiences with an application filed on 12 December that was not actioned by HMRC - despite receiving confirmation of the reduction from HMRC.

Accounting Web reports that he discovered the online glitch after looking up a different point regarding his client’s tax liabilities. However, the online system showed the full amount on the submitted 2016/17 as still being due.

When Salter called HMRC he was told the application had been “rejected”.


“There was no indication or notification that this had happened, and the first we would have known about it had we fortuitously not logged in would have been in February when the client would have received a statement, or more likely, a surcharge penalty for non-payment. HMRC were able to make a manual adjustment to put through this postponement.”


His is not an isolated case. Several other ICAEW members reported similar issues.

David Holm found that a reduction submitted on 14 September had also not been overlooked by HMRC Online. After contacting the agent line, Holm reported:


“They said that inexplicably their system had treated the reduction as being for 2015/16 and, because the 2015/16 return had already been filed, the reduction was ignored.”

Has anyone else encountered this problem, or knows why the HMRC systems are not handling applications to reduce payments on account properly?