MOO - A Question of Interpretation 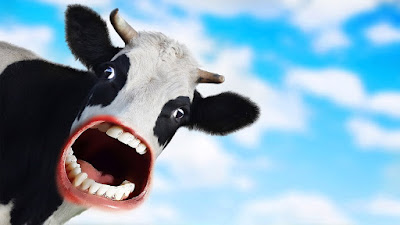 HMRC has been accused by Dave Chaplin, CEO and founder of ContractCalculator, of misleading the chancellor of the exchequer and the Treasury over the off-payroll IR35 rules, in particular with regards to the mutuality of obligation (MOO) aspect which is necessary to assess employment status.

Mr Chaplin claims that the HMRC has supposed that MOO is present for all contractors, and this assumption was built into the HMRC’s Check Employment Status for Tax (CEST) tool. As a result, he believes around 750,000 CEST results will need to be re-examined, alongside thousands of blanket decisions made by organisations like the NHS.

This interpretation of MOO was repeated by chancellor Philip Hammond in a letter to the environment secretary, Michael Gove:


“Mutuality of obligation refers to any existing agreement where an individual provides services and receives payment for doing so – better understood as a contract existing between the two parties. CEST assumes as its starting point that a contract either exists or is being discussed.”

Financial secretary to the Treasury, Mel Stride, also repeated this interpretation in a letter to many constituents.


“We doubt the Chancellor or the Financial Secretary to the Treasury have any idea about what MOO is which is why they appear happy to trot out – albeit unwittingly – HMRC’s falsehoods regarding MOO and CEST.

HMRC has been propagating its erroneous claims to public authorities and IR35 Forum members of late, but it’s a grave concern when these false claims are coming from the country’s key economic and fiscal decision makers. Questions must be asked.”

Mr Chaplin has called for a full inquiry before any further changes to IR35 are considered.

IR35 seeks to prove that workers are employees, and should be taxed as such. HMRC inspectors can disregard written contracts through intermediaries and consider the actual working practises to decipher whether a person should be classed as an employee.

As per ContractCalculator judgement day is coming:


"It’s been nine months, multiple delays and many excuses in the making, but HMRC has finally confirmed in a Freedom of Information (FOI) response to ContractorCalculator that it will confirm its stance by the end of July 2018."