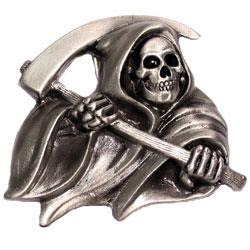 As the power of HMRC grows, and the political pressure to bring in more tax revenue increases, so does HMRC's temptation to spy on taxpayers.

The Telegraph reports that an FOI request shows that HMRC officials made almost 14,400 authorised views of "communications data" on taxpayers during tax evasion investigations.

HMRC uses the Regulation of Investigatory Powers Act 2000 (RIPA), the same act used by local councils to spy on their residents, to access details on what websites are viewed by taxpayers, where a mobile phone call was made or received and the date and time of emails, texts and phone calls.

From October 2011 to the end of September 2012, HMRC was given 172 authorisations for "directed surveillance", covert surveillance, mainly in public places.

HMRC won't tell the media how many times the surveillance has led to a successful prosecution for tax evasion, or whether those found to be innocent are told that they have been spied on.

HMRC have also refused to disclose how many times it had been given warrants to intercept and read peoples' private emails, or listen to their phone calls.


“Our use of these powers is subject to regular independent inspection, ensuring it is both proportionate and lawful."

The use of RIPA is not well regulated, as evidenced by the absurdly petty nature of RIPA surveillance carried out by local councils.