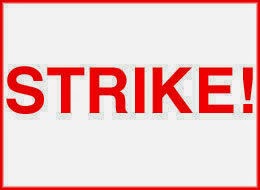 In the days leading up to the Scottish referendum, HMRC staff at the Dundee contact centre will strike over the threat of job losses.

STV reports that members of the public and commercial services union (PCS) have voted by 183 to seven to take industrial action.

The action will include a series of walkouts next week, commencing with a two-hour walkout on Monday September 15 at 12pm. This is to be followed by daily half hour walkouts for the remainder of the week.

The contact centre, located in the Dundee Technology Park, primarily takes calls on the HMRC tax credits helpline, where recently there have been examples of 300 calls waiting at times.

The ball game will change somewhat if Scotland becomes independent.