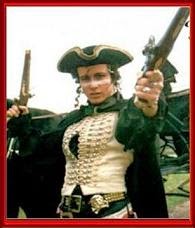 Despite the silky smooth assurances of Gauke and HMRC that the plans for DRD would only affect recalcitrant tax debtors, it seems that (as noted yesterday) there is more than a wee bit of mission creep built into the plans for DRD.

The Independent reports that the debt owed to government (the taxpayer), after more than a decade of overpaying tax credits, has now reached more than £5.6BN.

HMRC plans to seize money from around 3,000 people's bank accounts a year for overpaid tax credits, according to figures released by HMRC, in response to a Freedom of Information request by the campaign group False Economy.

Now loyal readers will recall that when DRD was first mooted, Lin Homer stated that the amount that HMRC would raise over four years would be in total around £375M.

Either she is lying, or the DRD scheme is but pissing in the wind against a debt of over £5.6BN.

Which is it, is Homer lying or is HMRC pissing in the wind?

HMRC Is Shite (www.hmrcisshite.com), also available via the domain www.hmrconline.com, is brought to you by www.kenfrost.com "The Living Brand"
Posted by Ken Frost at 08:56