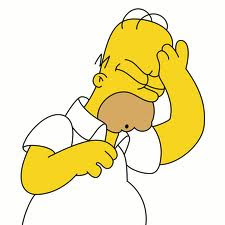 Debbie Balandis, a single mother, has had a wee bit of a falling out with HMRC, after HMRC threatened to stop her £140 per week child tax credits; because it thought that she was in a relationship.

The "man" that HMRC identified as her partner, based on activity viewed by HMRC of her bank account, was Martin McColl.

All very fine, except that Martin McColl is the trading name of her local branch of RS McColl (a chain of newsagents).

After receiving a letter from HMRC threatening to cut off her credits, Ms Blandis rang HMRC and explained that she collects her benefits from the post office at her local RS McColl hence the name appeared on her bank statements.

However, she was told her weekly payments were being stopped until she can prove Martin McColl isn’t her live-in lover.

An HMRC spokesman is quoted by The Daily Record:

When we have reason to believe someone’s circumstances may have changed, we write to them and allow 30 days for a reply. If we don’t hear anything, payments are suspended.

Payments will be reinstated as soon as people have provided us with information requested and it has been reviewed.”

I dare say, now that the media are involved, the issue will be resolved.

However, I would have thought that if HMRC checked the account Martin McColl that would prove one way or another whether this was a man or a trading account.