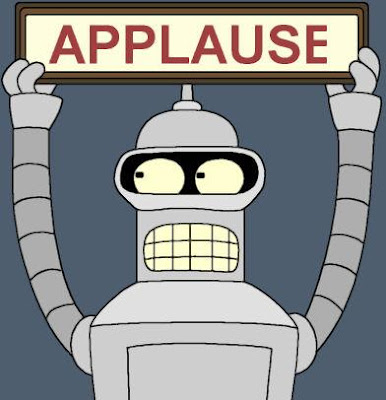 A week ago I wrote the following about the National Audit Office (NAO) report into "HMRC's Sweetheart Deals":


"My thanks therefore to a loyal reader who has pointed out the reason for the absence of the NAO report, it appears that the deadline has been quietly shifted back (without any announcement) to at least Summer this year.


"The C&AG aims to report the results of this work to the Public Accounts Committee in summer 2012."

By the way "aims to report" is not a very firm "deadline!

Is this "slippage" because the investigation is taking so long, or is it because they don't want the report issued before Hartnett officially leaves in summer?

Oh and by the way, they are only looking at five deals, not 10 originally discussed in 2011; so it's probably not the workload that has caused this "slippage".

I will ask NAO why they have delayed this, and will post their answer if I get one ."

I emailed the NAO, and received this response from the Head of Media:


"There was no deadline for this report. The information on our website on approximate timing, for guidance only, was posted at the beginning of our study when we could not know exactly how long it would take. Such guidance is commonly changed as studies progress. The date on which a report is to be published is decided by the Comptroller and Auditor General and for this report has yet to be announced."

Steve Barclay (a member of PAC) was under the impression that is was Spring as well (as per his website http://stevebarclay.net/?p=2260)

For clarity, now that your site says "Summer" this is not the deadline either?

As an ex auditor myself (KPMG, Philips, De Beers) I am rather surprised that you have yet to decide a deadline.

He then called me, and advised that the report will probably be issued at the beginning of June and that PAC are aware of this.

HMRC Is Shite (www.hmrcisshite.com), also available via the domain www.hmrconline.com, is brought to you by www.kenfrost.com "The Living Brand"
Posted by Ken Frost at 11:01