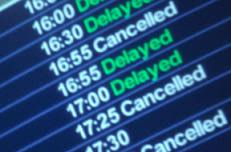 
"Sir Andrew Park, a former High Court judge, will investigate HMRC agreements made with a number of companies including Vodafone and Goldman Sachs (the vampire squid).

The National Audit Office (NAO) has been asked by MPs to carry out an investigation beyond its usual remit to examine up to 10 specific deals approved by HMRC, Sir Andrew will lead the investigation.

How very "civil service" that his departure from HMRC was announced/arranged prior to the publication of the report! "

The deadline for the report was, according to Steve Barclay MP (and member of PAC), Spring 2012.

Well here we are enduring a rather wet, windy and drought ridden British "Spring"; yet still no sign of the report.

How very odd, and also how very odd that there are no minutes of HMRC board meetings this year!

My thanks therefore to a loyal reader who has pointed out the reason for the absence of the NAO report, it appears that the deadline has been quietly shifted back (without any announcement) to at least Summer this year.


"The C&AG aims to report the results of this work to the Public Accounts Committee in summer 2012."

By the way "aims to report" is not a very firm "deadline!

Is this "slippage" because the investigation is taking so long, or is it because they don't want the report issued before Hartnett officially leaves in summer?

Oh and by the way, they are only looking at five deals, not 10 originally discussed in 2011; so it's probably not the workload that has caused this "slippage".

I will ask NAO why they have delayed this, and will post their answer if I get one.