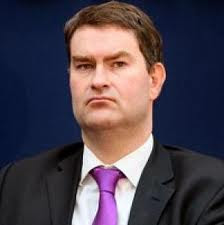 I see that Gauke, who bemoans the "morals" of others, has decided to keep some of the profits made on his taxpayer funded London flat that he sold in August.

As per the Telegraph:

"David Gauke, the Exchequer Secretary, made £67,000 in profit from the sale of his London flat, but under parliamentary rules is not required to return all the profit he made to the expenses watchdog.


An investigation by Channel 4’s Dispatches found that although Mr Gauke made tens of thousands of pounds when he sold the property in Kennington, he is understood to have repaid almost £40,000 to the Independent Parliamentary Standards Authority (Ipsa).


This is because MPs have to repay only the profit made in the previous two years.

He is expected to pay capital gains tax on the remaining profit."