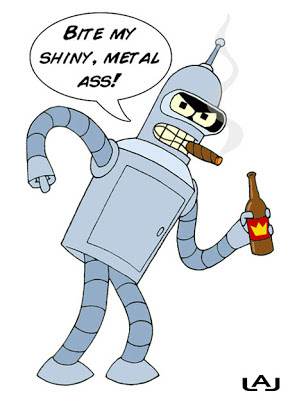 Loyal readers will recall that in January this year I submitted a Freedom of Information (FOI) request to HMRC, asking for details of the price that they pay for lever arch files:


"Following on from last week's article about the £8 paid per unit by HMRC for lever arch files, in the absence of any response from HMRC/Number 10 or the Treasury to my tweet requesting details about the costs, I have submitted an FOI to HMRC requesting the unit price of said files.

It will be interesting to see what form of response I receive."

Yesterday I received a response from HMRC.

The good news is that they know the price that they pay for lever arch files.

The bad news is that they won't tell me, lest it prejudice the commercial interests of HMRC.

Here is HMRC's reply (doubtless filed in one of those £8 lever arch files!):

I refer to your request which we received on 14 January 2013, for the following information:
"… the latest expenditure figures that detail the unit cost to the taxpayer of purchasing
lever arch files for use by HMRC."

I accept there is a strong public interest in HMRC being as transparent as possible about its contracts with commercial entities, and the public have a right to know that the public purse is being expended wisely and also that departments are getting value for money. Disclosing the requested information would demonstrate HMRC’s willingness to be open about its contractual arrangements.

However, disclosure of commercially sensitive information could undermine the commercial interests of both parties and potentially the efficacy of the agreement we have with our contracted supplier. Furthermore, it could have an inhibiting effect on other third parties currently, or potentially, doing business with Government departments and therefore on the Government’s ability to secure value for money, which would not be in the public interest.
Release of information which could damage companies commercially would discourage them from dealing with the public sector and would undermine the necessary mutual trust and respect between private and public sector partners.

So on balance I conclude it is not in the public interest to set aside the exemption.

If you are not happy with this reply you may request a review by writing to HMRC FOI Team, Room 1C/23, 100 Parliament Street London SWIA 2BQ or email [email address].
You must request a review within 2 months of the date of this letter. It would assist our review if you set out which aspects of the reply concern you and why you are dissatisfied.
If you are not content with the outcome of an internal review, you may apply directly to the Information Commissioner for a decision. The Information Commissioner will not usually consider a case unless you have exhausted the internal review procedure provided by HMRC. He can be contacted at The Information Commissioner’s Office, Wycliffe House, Water Lane, Wilmslow, Cheshire SK9 5AF.