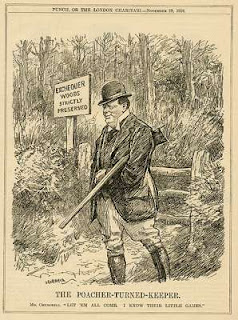 Sometimes law enforcement agencies and their kin make use of the expertise ex criminals in their fight against crime, sometimes (as in this case) honest experts who once aided those agencies then turn criminal.


"A tax expert who previously advised HM Revenue & Customs (HMRC) on tackling tax evasion has been found guilty of cheating the public revenue and sentenced to eight and a half years.

Meeson was alleged to have filed pension tax relief claims for two fictitious pension schemes and over a substantial period reclaimed tax from HMRC on non-existent contributions.

In October 2012 Meeson and three business associates who administered a pension scheme were charged with cheating the public revenue.

At the time Simon De Kayne, assistant director of criminal investigation for HMRC, said: ‘Four people have been charged linked to what we believe is a fraud resulting in over £5 million being stolen from public funds.’

The charges were in connection to Meeson’s role as director of pension scheme administrator Tudor Capital Management."

HMRC Is Shite (www.hmrcisshite.com), also available via the domain www.hmrconline.com, is brought to you by www.kenfrost.com "The Living Brand"
Posted by Ken Frost at 00:30