The Demise of The Enquiry Centres 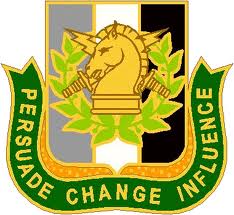 Given yesterday's announcement by HMRC about the closure of its Enquiry Centres, I had a trawl through the site to look at a couple of earlier articles that I had published about Enquiry Centres.

Sadly, for the 2.5 million visitors to these centres and the 1,300 staff who work in them, the writing has been on the wall, for quite sometime about their demise.


"...those who "run" HMRC are determined to reduce the number of opportunities that taxpayers have for face to face discussions with a member of staff.

The Low Incomes Tax Reform Group (LITRG) report that HMRC has cut the opening hours in 58 of its 280 tax enquiry centres, with some now open for just one or two days a week.

They also note that another 117 might suffer cuts as well, as a result of a consultation that is currently underway....

HMRC contend that the staff who work in the enquiry centres facing cuts will be deployed to other duties (eg answering correspondence)..."


"My thanks to a loyal, reader who has proffered some friendly advice to taxpayers who are stuck in a call centre phone queue waiting to try to get through to someone.

Hang up and go round to your local enquiry centre!

HMRC will do nothing about improving call handling times because they know that when the Universal Benefit comes into force many taxpayers will be calling DWP instead, thereby reducing the number of calls to HMRC and improving the KPI's used to monitor HMRC call handling performance.

Therefore I am advised that the least worst option is for taxpayers to go to an enquiry centre, where the phones are free, and basically jump the queues.

No, I don't understand either how calling from an enquiry centre will get you through quicker than calling from your own phone; but that nonetheless is the advice given by my loyal reader.

I am advised that the phones used at enquiry centres have speed dials which jump the queues of people using the normal number, as the programmed speed dial number is not the same as the ones used by taxpayers when ringing from home.

It is believed that this queue jump facility is to minimise the length of time people physically spend in enquiry centres and thus reducing the risk of them "kicking off".

So all you have to do is find a conveniently located enquiry centre, before those that remain are closed down!"

HMRC claim that the number of visits to Enquiry Centres has fallen (to my simple mind 2.5 million visits still seems a large number!).

The reason for this decline is clear, HMRC have been making it increasingly more difficult for people to actually sit face to face with a member of staff (even if the hapless taxpayer manages to find an Enquiry Centre in their area that is open).

In my opinion the demise of the Enquiry Centres has been deliberately engineered by HMRC.