Lin Homer and The DfT - Not Fit For Purpose 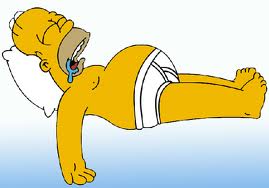 My thanks to a loyal reader who prodded me to take a look at Lin Homer's time in the Department for Transport.

Can you guess who was in charge of the DfT when it was described as being "not fit for purpose"?

As per the Express from October 2012:


"ONE of the key figures in the Department for Transport’s West Coast main line fiasco was the former boss of the UK Border Agency when it itself was described as “not fit for purpose”.

Millionaire mandarin Lin Homer was the Permanent Secretary at the DfT throughout 2011 when details of the new rail franchise business model were being thrashed out.

She was named by Sir Richard Branson last month as one of a handful of officials at the department whom his Virgin Rail team met during 2011 to voice concerns over the bid process.

Those concerns were ignored, said the rail boss whose warnings proved correct last week when the Government U-turned on its decision to award the lucrative franchise to his rival First Group due to an alleged catastrophic business model error.

The mistake is estimated to cost taxpayers £100million and the DfT has now been labelled “not fit for purpose”.


"A more direct description of what happened [than that provided by Laidlaw] is that ministers and senior officials were lied to about how the outcome of the franchise competition had been reached. A major unanswered question is why ministers and senior officials were misled about how the SLFs had been calculated, the issue which led directly to the cancellation of the franchise competition. We recommend that the Department explain why this happened, if necessary after decisions have been reached on whether or not to take disciplinary action against particular members of staff. (Paragraph 26)

3.  In our view, we cannot categorically rule out the possibility that officials manipulated the outcome of the competition not only to keep First Group in the running for as long as possible, as Mr Laidlaw suggested, but to ensure that First got the contract. We recommend that the DfT find a way of undertaking a full email capture, reporting to someone suitably independent, to help get to the bottom of why DfT staff discriminated against Virgin and in favour of First Group during the ICWC franchise competition. (Paragraph 28)"


Therefore to repeat my question asked this morning:

Why the fark was this useless woman appointed in the first place???????

HMRC Is Shite (www.hmrcisshite.com), also available via the domain www.hmrconline.com, is brought to you by www.kenfrost.com "The Living Brand"
Posted by Ken Frost at 14:44