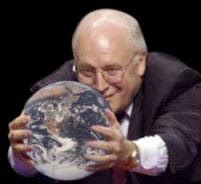 Unsurprisingly the Budget announcement that HMRC will be granted new powers to take taxes owed from people's bank accounts, when multiple attempts to contact the laggardly taxpayers have failed, is facing a backlash.

There is a not unreasonable fear that errors will be made, and that HMRC might misuse its powers.

Andrew Tyrie, chairman of the Treasury select committee, said that MPs intended to hold further hearings into the new powers, which he said could set a worrying precedent.

He is quoted by the FT:


“It has concerned the committee.”

Many banks want judicial oversight to apply to the new powers, as they worry about being caught between irate customers and the tax authorities.

A source from one bank told the FT:

“HMRC doesn’t have the best record of getting things right.”

HMRC said in a statement that the new power was aimed at a minority “who simply dodge their obligations”.

The new measure would have appropriate safeguards and tackle those who could afford to pay, it added.


“These are people who have, on average, over £20,000 in their accounts but are refusing to pay their debts. This will only affect a tiny number of debtors whom we have contacted a minimum of four times to ask for payment.”

John Thurso MP is a tad cynical about the powers:

“Any advance of powers by the state needs to be resisted unless they can justify it.

The victims will be people with just enough money to go after but not enough to hire lawyers to fend it off.”

Patrick Stevens, director of tax policy at the Chartered Institute of Taxation, was also sceptical:


“There are lots of very unsophisticated people out there with more than £5,000 in a bank account. We are truly worried about the vulnerable.”

As is Robin Williamson, of the Low Incomes Tax Reform Group charity:


“As always the financially savvy ones will find ways around this. The ones that will be caught are the vulnerable.”

Basically people are afraid that HMRC will ride roughshod over those who have the least ability to defend themselves.

HMRC Is Shite (www.hmrcisshite.com), also available via the domain www.hmrconline.com, is brought to you by www.kenfrost.com "The Living Brand"
Posted by Ken Frost at 09:00