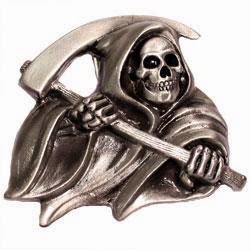 Irrespective of the fact that people pay taxes during their lifetimes, the state still requires its pound of flesh when they die.

However, although it won't cut the taxes due, HMRC is going to cut down on the amount of information it requires for the bereaved to reclaim tax or pay tax when someone dies.

In 2012, HMRC gave a commitment to improve its service for bereaved taxpayers.

One of the main changes will make relates to form R27, which is for reclaiming tax or paying tax when someone dies. The FT Adviser notes that of the bereavement calls received by HMRC, 34% were about filling in the form and 15% were to get an update on the progress of the form.

HMRC, in an effort to free up its phone lines, will now use real time information to obtain all the pay and tax information it needs from bereaved taxpayers, making the form R27 unnecessary and ready for removal on 13 October.

For PAYE taxpayers, there will be an automated process, and for self assessment taxpayers there will be what HMRC calls “a tailored service,” which includes letters that match the individual’s circumstances.

According to HMRC, removing the form means taxpayers will get their tax affairs sorted quickly and need to contact it less. That of course is only true if the data used by HMRC is accurate.

As the old saying goes, there are two certainties in life death and taxes!

HMRC Is Shite (www.hmrcisshite.com), also available via the domain www.hmrconline.com, is brought to you by www.kenfrost.com "The Living Brand"
Posted by Ken Frost at 09:37