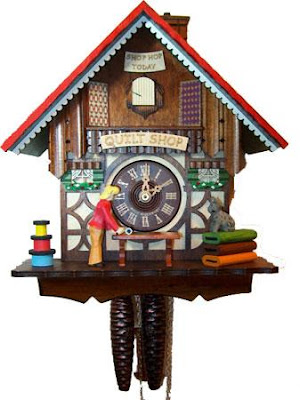 In HMRC's world things are very different from the world in which you and I inhabit.

Indeed, some far more eminent accountants than myself have referred to HMRC as living in "cloud cuckoo land".

Why would they be so rude about HMRC?

Well, it seems that way back in April 2005 HMRC wrote a paper about tax. This being Britain, the details of this paper only came out last month under a Freedom of Information Act request.

Now at this stage I could make some pithy comments about why HMRC feels to need to try and hide what it does from the humble taxpayers, but I wont.

Then, having slaughtered a goat and looked at the entrails (HMRC claim that there was "detailed methodology"), HMRC concluded that:

"The result is that some 50% of total fees are earned from avoidance."

Using some extra "logic" they then concluded that for every £1 paid in avoidance advisory fees to an accountant, £10 is avoided in tax, total tax avoidance costs are in fact around £10BN.

At this stage I would remind you all again, what I have been "banging on about" for ages on this site:

It is only Hartnett, HMRC and Brown who would try to have you believe otherwise.

The real scandal is that people have to waste money and time in trying to reduce their tax bill.

Would it not better for the taxpayers, HMRC, all of us in fact, if tax were made simpler?

That way complex/expensive tax advice would not be needed.

Would HMRC not save money by having less leg work to perform?

Would this not in fact save Brown money, and enable him to cut taxes?

I think it would.

However, as long as Brown is in government, simplifying the tax system is the last thing that will ever happen.

The phrase:
"When hell freezes over"
springs to mind.

However, I have digressed, there is another point to this story; it would seem that HMRC have got their figures wrong.

"We certainly do tax planning work, but we are not spending half our time doing schemes. They are living in cloud cuckoo land if that's their idea."

"None of the categories seem to pick up most of our advisory work on commercial transactions."

Oh dear, it would seem that HMRC have got it wrong...again!

I wonder how much time, energy and money was spent putting together their flawed paper?

Who will pay for it?

We will of course!

HMRC Is Shite (www.hmrcisshite.com), also available via the domain www.hmrconline.com, is brought to you by www.kenfrost.com "The Living Brand"
Posted by Ken Frost at 11:27