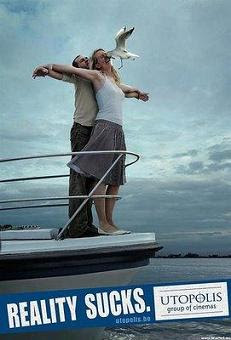 Those of you with very long memories may recall way back in November 2005 HMRC announcing that it had reached a settlement with EDS, re compensation for the IT problems it had over its tax credit system.

When tax credits were introduced in 2003 EDS supplied the IT system that "supported" it. Needless to say, as with all government IT projects, it went tits up and thousands of families were overpaid.

EDS got a sound spanking, and HMRC were proud to announce a settlement of £71M in 2005.

All well and good, except for one small fly in HMRC's oinkment.

They "forgot" to mention that EDS would be allowed to pay £26M of the settlement out of future revenue streams from future government contracts, the deal being that EDS were allowed to pay 4.5% of income over 3 years every quarter.

Can you guess what happened next?

Yes, that's right, EDS has not won the contracts it had hoped for.

Thus it has fallen short on its payments.

HMRC are on the ball though, and have told Computer Weekly that they have "compiled millions of documents in preparation for a possible hearing in the High Court to recover the money".

Indeed, in February 2008, the Public Accounts Committee recommended that HMRC "should consider litigation if the full amount of the settlement is not forthcoming in 2008".

Whilst, one way or another, it seems that there is a solution to this issue; there remains the question as to why HMRC were economical with the actualite in 2005?

In fact had it not been for the work of the Public Accounts Committee, this little omission would never have to come to light.

Why would HMRC be so reluctant to be open with the taxpayer and its political masters?

The Committee were not entirely impressed with the agreement, Computer Weekly states that they "were amazed by it, and the fact that the Treasury not only approved it but considered it 'pragmatic'".

"It looks as if it is all a bit illusory, a presentational package."

The then chairman of HMRC had claimed that the settlement was "commercially astute".

In order to recover compensation for crap performance, the government was placed in the position (by HMRC) of having to hire the same company for future projects.

Are there no qualified accountants running HMRC?

Oh, hang on a minute, there aren't!

By the way, Dave "Nearly Man" Hartnett, now acting CEO of HMRC said in 2003 before the system went live:

"If I might, can I just read you the certificate that was given to us by EDS just before we went live?

'I consider that this release of software is fit for purpose of supporting all current and agreed business and statutory requirements for live use in support of business requirement computer systems to help the Inland Revenue's obligation to provide new Tax Credits'.

They signed off the system as fit for purpose."

As Computer Weekly says, HMRC knows that if it goes to court to enforce the settlement its lawyers will have to answer allegations relating to HMRC's own failings.

That will be an interesting can of worms.

However, this will never happen; because, as we know, HMRC does not like to air its dirty laundry in public.

HMRC Is Shite (www.hmrcisshite.com), also available via the domain www.hmrconline.com, is brought to you by www.kenfrost.com "The Living Brand"
Posted by Ken Frost at 01:56